BICOL TO EMBARK ON COCO-ABACA INTERCROPPING

Said program is seen to increase the income of coconut farmers and increase/improve the production and yield levels of abaca fiber per unit area. 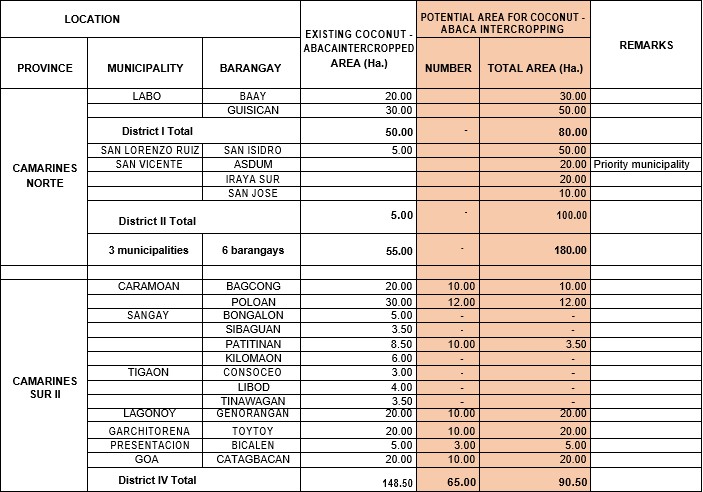 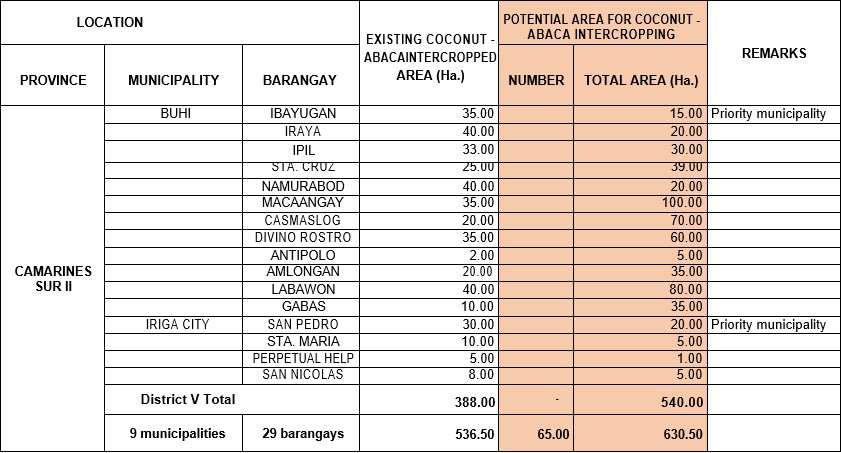 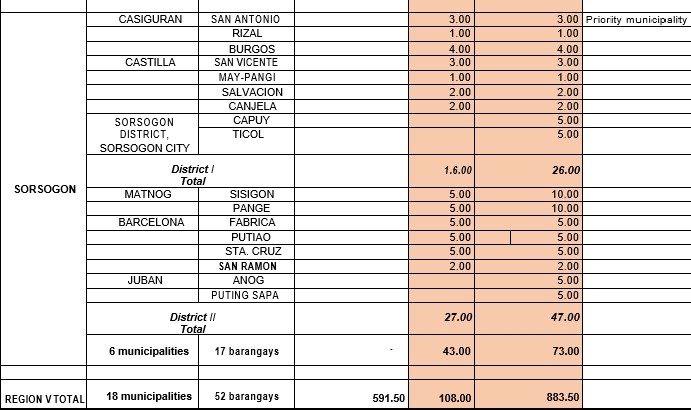 Coco–Abaca intercropping is being proposed to be implemented in priority areas/municipalities under the reprogrammed fund allocation for banana intercropping under CIP 2014-2016 with an available budget regionwide amounting to ₱ 678,000.00. The cost of intercropping abaca is yet to be determined by among PCA-V and PhilFIDA

V including other project implementation arrangements to be agreed in a meeting to be conducted soon.

Meanwhile, PCA – V is packaging a proposal to fund areas not covered under banana CIP funds.

This endeavor is in support to attaining the planned outcomes consistent with the region’s agricultural and economic priorities.